A daredevil archmage. A steadfast attorney.
The dire consequences of their face-off.

You can’t escape AN ARCHMAGE’S DESTINY…

Book four in The Order of the Black Oak Series…

THE ATTORNEY: Bryce Jackson is a steadfast attorney who stands by nothing but a job well done. Her reputation on the line, she must convince Knightley Morgan to return to the folds of his powerful New England family or apply the devastating consequences herself. But when the daredevil archmage refuses to comply, she must choose between her stellar reputation and her heart’s deepest desire.

THE ARCHMAGE: Knightley has cut ties with the stifling Order of the Dark Oak when he left them all behind to hunt evil in Seattle on his own terms. He will not give up his freedom, no matter how dire the cost. But is he really ready to lose the magic forever? Especially when he’s fallen hard in love with the executioner carrying out his sentence?

★★★★★ “Love this book series, hunky males who have a hidden soft side. This book introduced another group of supernaturals that I hadn’t heard of before and they are not nice, Marie-Claude writes in such detail that you feel the atrocities are happening to you, you become part of the book. Definitely worth a read, hard to put down.” – Amazon Reviewer

“This, the fourth book in Marie-Claude Bourque’s mage series, is not one iota less astounding than the first book in this series. Many times the subsequent books in a series lose traction and become blase. This author’s books just get better. This is an awesome read.” – Booksprout Reviewer

“Career Girl and Bad Boy. How does the modern independent strong-willed career woman ever allow herself to be vulnerable enough to fall in love? … what can be hotter than the epitome of the magical bad boy coming to the rescue? Sigh….. So dreamy….” – Goodreads Reviewer

“Another Great Story in this Series The fourth book in The Order of the Black Oak – Warlocks series and this series just gets better with each book. Once I started reading I was not putting this book down, I do know this is a series I want to reread… This story has suspense, drama, danger, attacks, villains, twists, turns, and romance.” — Bookbub Reviewer 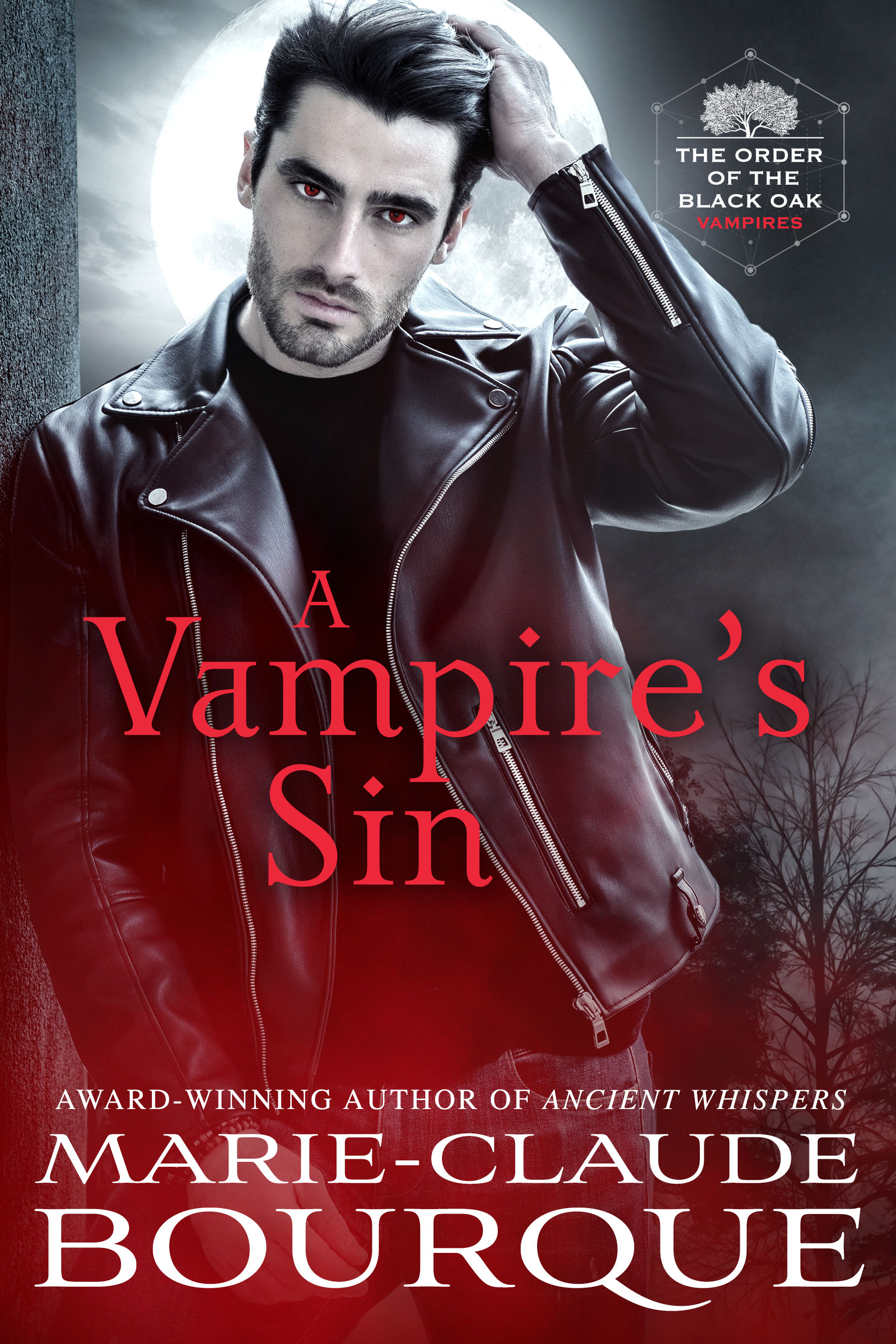 💕 Who loves Mag? Montreal vampire and night club owner Magnovald St-Amand is your typical bad boy archetype. Charismatic, street smart and intuitive, he's been charming women for centuries.
From A VAMPIRE'S SIN 🧛‍♀️
⭐️ I just love ancient Montreal witch Charlotte Callan, aka, the Ice Witch and mother of the St-Amand brothers in the vampires series. Want to know where all that Black Oak magical power came from, the secret is revealed in A VAMPIRE'S SIN.
🖤 The Order of the Black Oak series is getting bigger and bigger!
Bad boy vampire meets female Montreal tycoon in the BLACK OAK book: A Vampire's Sin. 💕
Always learning...📓 This is a good one!